“The Disability Agenda Could Bring Unity to A Fragmented Society”, by Josie Badger 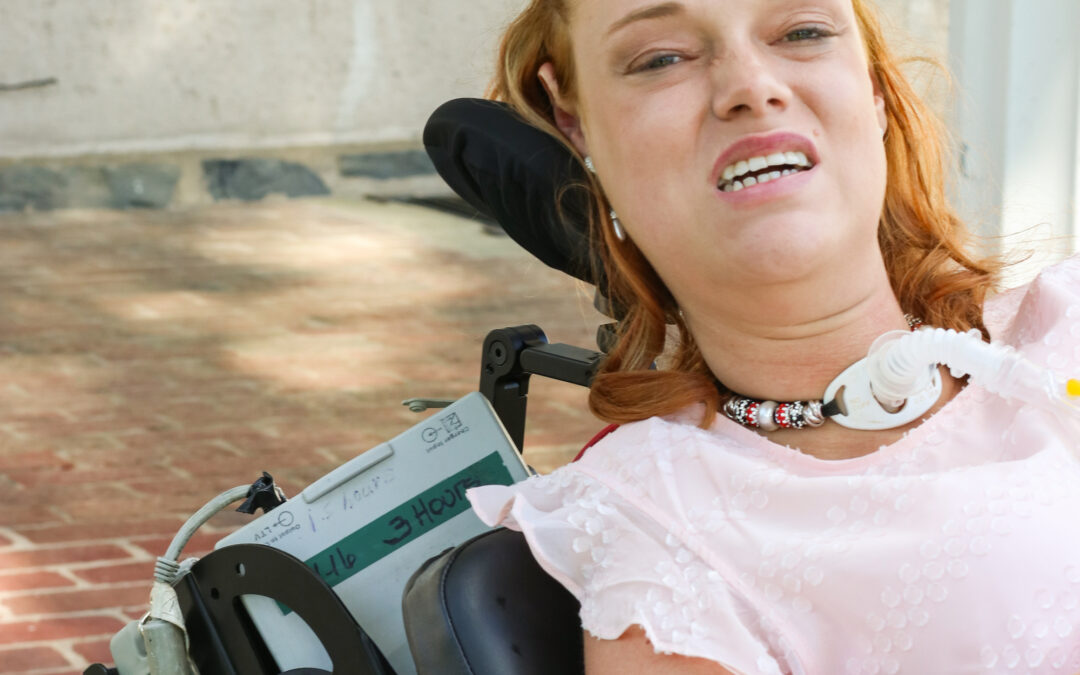 The Disability Agenda Could Bring Unity to A Fragmented Society

In senior government class in high school and then in political science in college, I know that I read about the Constitutional Convention and I probably even read some of the Federalist Papers. I memorized the information I needed for the test and moved on (watching Hamilton was like a brand-new story that I had never heard before). I’m sure I even aced those tests, but I never truly connected how those powdered wig men’s ideas directly impacted my life.

Then, in December 2014, I was offered a job as a campaign manager for the development of the #IWantToWork Campaign, funded by the United Way of Southwestern PA. #IWantToWork is a political and social media self-advocacy campaign powered by Pennsylvanians with disabilities with a goal to ensure people with disabilities have access to fully integrated employment opportunities and fair wages through policy, advocacy and education for all. I was suddenly forced to try to retrieve those morsels of information that were given to me in my government classes of long ago and put a puzzle together on how that information applied to today’s society, especially for people with disabilities seeking employment.

Going into my first legislative meeting, my stomach was in knots. I could feel my voice quivering as I discussed our bill. Of the little that I remembered from class or on the news about our government, most of it consisted of yelling on the Senate floor, the Boston Tea Party, and a few protests that I had been involved in when I was younger. I assumed that we would be chased out of the room by angry politicians who were not interested in the beliefs of the “common folk.”

Since that time, the #IWantToWork Campaign has been able to get unanimous passage of two bills that improve employment for people with disabilities and is working on a similar outcome for a third bill. Over the past six years of work and hundreds of meetings with legislators, I have never heard anyone state that they believed that people with disabilities should not work or have less human rights than anyone else. They may believe that there should be certain limitations or support different ways of achieving the outcome, but fundamentally they agreed on the principle. At the heart of it, by signing onto our legislation they stated that they believed that people with disabilities have the right to: choice and opportunities, pursuit of employment without the fear of losing life-sustaining care, and ultimately the right of an individual to pursue and obtain their self-identified maximum, unique, and personal potential.

These issues of opportunities and choice are foundational to a large majority of the political battles that I see. By opening up the conversations about disability rights, we are discussing civil rights. Disability rights are human rights and if we are able to pave the way for some of our most vulnerable populations to be successful, then we are setting the stage for the success of everyone. By declaring the inherent worth of all humans through embracing and protecting their rights to “life, liberty, and the pursuit of happiness”, we can begin the dialogues that our nation needs right now.

When legislators recognize the fragility of the human condition and our own mortality, the importance of disability rights becomes clearer. Issues become more relevant when an individual realizes that one slip on the ice, genetic mutation, or traumatic event could render their lives in the hands of the decisions that they had made about “others.” Unlike other groups or populations that a person can separate themselves from (such as a socioeconomic class, race, ethnicity, religion…), disability is a minority group that any person can join at any time.

There will continue to be direct and indirect forms of discrimination and ablism faced by people with disabilities that will require different forms of advocacy. However, I believe that disability legislation can be a Keystone in unifying in our extremely fragmented political parties. The legislation is not in itself the unifying factor, it is the relationships between legislators and the disability community that could steer our government into a more inclusive and accepting nation.

Did you like this article? Are there other topics you’d like to see us publish on? Do you want to apply to be a guest blogger? Please take our quick, 3-question survey and let us know what you think!