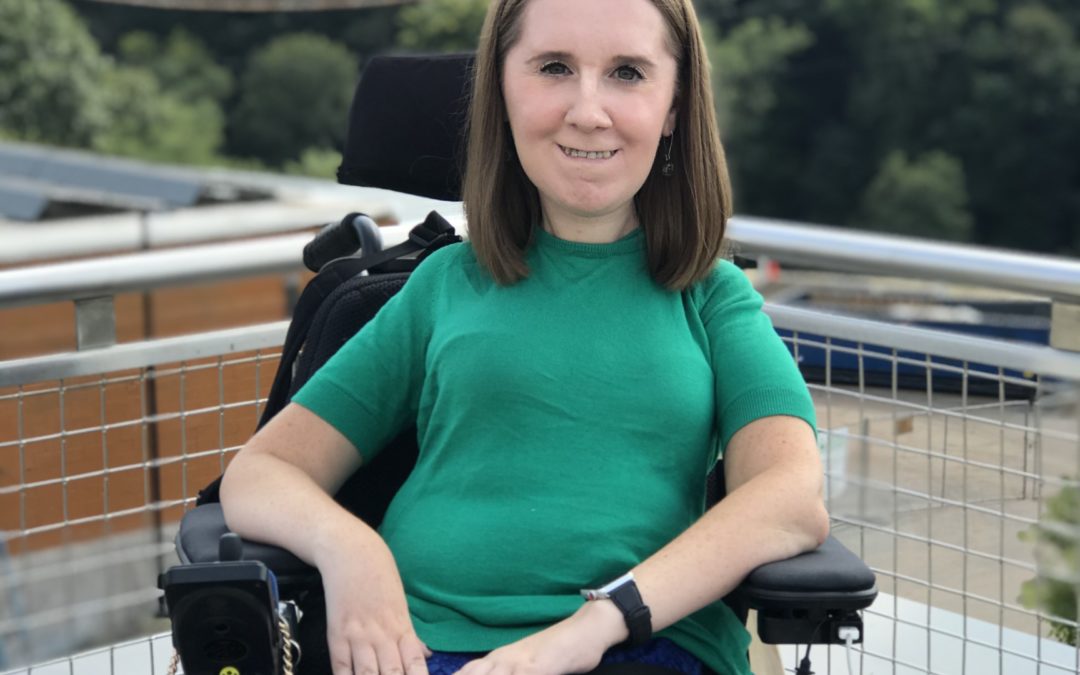 Growing up with a disability meant a different kind of parent-child relationship than a lot of my friends. My parents were my parents, but until I left for college, they were also my sole caregivers. In some ways, it was great – there’s always someone around when you need help, and I never felt awkward or uncomfortable about anything that I needed help with. In other ways, it was a bit more of a struggle. When you’re a teenager and having an argument with your parents, you don’t want to turn around two minutes later and ask them for help with something.

I always knew that I wanted to go to college, but didn’t start thinking about the logistics of this in any real way until I started applying. I was positive that I wanted to live on campus and not at home – I craved that independence – but also wanted to stay relatively nearby, because I didn’t know how realistic my wish for independence was. I wanted freedom, but I wanted a backup available too.

Even though I didn’t go far, living on my own (in a dorm room) was a huge adjustment – more so than I could have ever imagined. My family and I were basically navigating this blindly – we didn’t have anyone to talk to who had done this before, so we were doing the best that we could. It was rough – I didn’t realize what an effect it would have on me until I got to my dorm and could not stop crying.

I didn’t meet my new caregiver until I moved into my dorm and she showed up for her first shift – in hindsight, that was a huge mistake. After never having anyone else help me but my parents, I realized I had no idea how to explain to this new person everything that I needed done and the way that I wanted it done. And I had multiple people scheduled to help me – the thought of having to train all of them was suddenly incredibly overwhelming. Luckily, because I decided to stay nearby, my mom offered to come by for the first few scheduled shifts to help with the training. If I had to do it over again, I’d have a short meeting with each of the caregivers before they were scheduled to start, to meet them and go over the basics. That little bit of comfort would have gone a long way on my first day.

I was lucky to have mostly reliable caregivers, but I was completely unprepared for the unanticipated call offs and changes. Sometimes a caregiver has to call off last-minute, and I didn’t realize how difficult it would end up being to fill those shifts. The overnight call-offs were always the worst – I’d have to call the agency multiple times to follow up, to make sure that they’d at least attempted to contact everyone that they could. Unfortunately, in these cases, it was often my mom who ended up being my caregiver those nights when the agency was unable to find anyone. This is when I was especially happy to be close to home. Would the agency have tried harder if they knew I didn’t have a backup in place with my mom? Maybe – but I don’t know, and I’m glad that I never had to find out the hard way.

I adjusted to having other people help me fairly quickly, but the other part of that adjustment is being in charge of your schedule and these new people. College is a time when you’re testing out your independence – while I was doing that, and trying to make new friends, and study, and pick a major, I also had to learn how to be a manager of sorts. I had to keep on top of not only the schedule for my classes, but also the schedule for my caregivers – and often nudge the agency to remind them to send it to me. I had to keep track of when caregivers were coming and going, and call the agency if someone didn’t show up, to figure out what happened. While I chose to use an agency rather than hire caregivers independently because I didn’t want the bulk of the scheduling to be in my hands, it was not always as seamless as I imagined that it would be.

I’m very glad that I lived away for college and that I was able to have the experiences that I did. But I encourage you to learn from my mistakes! If you can, find people to talk to who have gone through this and ask them about their experiences. Do as much as you can ahead of time – college is enough of an adjustment on its own; the better in control that you feel about your caregivers, the better you’ll feel about this big life transition on a whole.